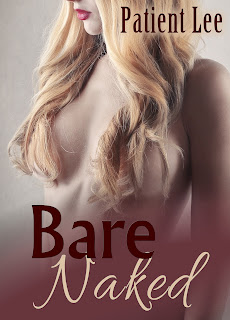 
Featuring hot sex and ice skating in the nude, Skater's Waltz is the story of Trish, who meets Mark in the bar where she works after his winning hockey game. She offers him a ride home, and takes him to her apartment where they have beautiful sex. As Mark falls for her, however, he finds out that her reputation is less than pure.

Their relationship grows deeper and sexier until Trish comes to believe that Mark has betrayed her, and they prepare to go their separate ways. How will Mark and Trish overcome their differences and ensure their future together?


“What business of yours does everybody know?” Mark said, teasing.

Trish panicked for a moment, before regaining her composure. She figured that Mark had heard the rumors about her by that time, and she couldn’t tell if he knew or not. She decided to distract him. She took him by the hand and led him through a door at the back of the bar.

Mark wondered where the bartender was. There were a few patrons at the bar, but no one was waiting on them.

Trish led him to the small, dimly-lit stockroom. He looked around, expecting dust and spiders, but saw only bar supplies. Before he could ask why they were in the stockroom, Trish pushed him back against the shelves holding cases of napkins and plastic cups and unbuttoned the first button on his shirt.

“Shh…” She moved down, exposing his chest. When his shirt was completely open, she started on his belt. She unfastened his pants and removed his stiffening cock. She gave his pants a tug, and in one motion, they were around his knees.

He thrust his cock to the very back of her mouth while he held her head in place with his hands. She gagged, but she recovered and took as much of him in as she could. Her pussy was on fire, and she placed her hand between her thighs and gave herself a gentle rub.

Neither Mark nor Trish was aware that someone else was in the stockroom. The bartender had gone in to get a bag of chips and was now trapped watching Trish, his co-worker, giving this guy a blow job. He felt his own cock stirring and felt ashamed. He wondered how long they could possibly last in there.

“Neil?” It was a woman's voice. “Neil? Are you in here?” Neil, the bartender, didn’t move a muscle.
The door closed again, and Mark relaxed, figuring that the woman had gone back into the bar. Trish continued to suck his dick as if nothing had happened.

Neil could see the woman from where he was standing, so he knew she hadn’t gone. It was Sherry, one of his regulars. Sherry was the girl that would dance topless on the bar, if someone kept buying the drinks. He could see her gazing at Mark’s bare chest and the back of Trish’s head. Sherry was tall and slim, and now she pulled up her short skirt, exposing her panties in the dim light of the stockroom. Neil stifled a moan.

Neil watched Sherry for a moment before looking back at Mark and Trish. He saw Sherry’s panties fall around her ankles and watched her hand disappear under her skirt. Trish was putting on quite a show. Neil had heard the rumors about Trish, but her cock-sucking show still surprised him. He unzipped his fly and took out his cock. He stroked slowly and quietly, hoping not to be seen.
Mark was losing control. His hands pulled at Trish’s hair as he looked down to see his cock sliding in and out of Trish’s mouth. She pulled gently on his balls for a moment before stopping abruptly and standing up.

“My turn,” she said, just loudly enough for the onlookers to hear. She pulled Mark by the hands and took his spot against the boxes. She was wearing a skirt, so she took off her panties quickly. She lifted her skirt high enough for Neil to see her pubic hair, and she pushed Mark to his knees before her.
Neil was less successful in stifling his moan this time. Trish and Mark looked around like startled deer, but they stood in the dim light, making it difficult to see into the shadows.

Sherry was still unaware that Neil was in the stockroom watching her. She brought her fingers to her lips and stuck them into her mouth. It wasn't necessary because her pussy was already so wet, but when she brought her fingers to her pussy, she slid them all the way in with no resistance at all.
Mark placed his fingers gently on Trish’s outer lips, pulling them apart and exposing her clitoris. He stuck his tongue out and very lightly licked her inner lips before brushing her clit. At the first slight contact, Trish shuddered and moaned out loud.

Sherry finger-fucked herself for a moment and then rubbed her clit in small circles. She could see only the back of Mark’s head between Trish’s long legs, and she silently willed Trish to take off her sweater. She didn’t have to wait long.

“Take your top off, Trish,” Mark said without removing his lips from her pussy. She complied without a word and removed her bra before waiting to be instructed. Her hands reached for her tits and pinched her nipples, making them even harder than before.

Neil had a much better view of the action than Sherry did. He was watching from the side, and he was close enough to see Mark’s tongue probing between Trish’s legs. He could see her hips bucking as her orgasm approached. Trish’s palms slid slowly over her hard nipples, making Mark, Neil and Sherry moan.

Neil looked away from Trish and Mark to watch the woman by the door as she masturbated in the stockroom. Even in the dim light, he could see that she was also approaching climax, and Neil suspected that she would not be able to remain quiet when she came. He watched as she licked her fingers once again, and he yearned to find out how her sweet nectar tasted.

Trish couldn’t last much longer. She put her right foot up on a box to spread her legs wider. “Stick your fingers in my cunt, Mark. I’m gonna come.” Mark extended two fingers and slid them inside her. He pushed them in and out furiously, still licking her clit at the same rhythmic pace.
A moment later, she came loudly. “MOTHERFUCKER! OH SHIT! OH FUCK! OH GOD! OH! OH! OH!”

When she finally relaxed, Mark stood up, turned her around, and bent her over. Trish grabbed the shelf and braced herself. Mark pounded his cock into her dripping pussy and fucked her hard. The shelf shook with the force of his thrusts, and a couple of small boxes fell to the floor.

Trish opened her eyes and attempted to look at Mark behind her. As she looked to the side, she caught a glimpse of Neil, cock in hand. Her eyes widened in surprise, but she didn’t tell Mark. She knew that she should put a stop to this, but she couldn’t even form the word stop with her lips. The naughtiness of having her coworker jerking off while watching her get fucked doggy-style thrilled her.

“Spank me, Slapshot,” she said loudly. She wanted to make sure Neil heard her ask for it.

To read the whole book, click here.
Posted by Unknown at 9:00 PM