Review: She Lights Up the Dark 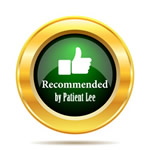 A frightening vision stalks November, even in her grave . . . and things go severely sideways just as soon as she claws her way out of it.

Continuing the story begun in the well-received paranormal romp She Dies at the End, She Lights Up the Dark finds November Snow struggling to adjust to her new life as a vampire with none of the support she'd expected. Her nemesis Luka has plotted to isolate November and scatter her allies as he executes his plan to bring human society under his control. Her loneliness leads her to become emotionally entangled with a charming but likely untrustworthy fellow vampire.

When danger flares, November discovers that her psychic gift has expanded in a powerful and perilous fashion. Coerced into close company with her enemy, she fights to master her power and to uncover the secrets that may help her to save both her friends and the human world from being crushed under Luka’s boot. November is determined to stop Luka as his plan builds toward an unknown and deadly climax, but she may find that lighting up the dark comes with a high price to pay.

This books contains violence, some sexual content, and occasional profanity.

A.M. Manay has done it again. She is one of the absolute finest writers I've had the pleasure to read. And I don't like paranormal fantasy. I also don't read (or write) series, but I devoured this book. Manay's writing is THAT good.

November Snow is a likable heroine, who could be any one of us, except that she's psychic. And in this book, she's a vampire. In addition to dealing with Luka, who is intent on having her at all cost, she has to adjust to vampire life without the comfort of her maker and her friends. November is so strong, she pulls it off with cunning and even grace. One of Luka's henchmen is there to guide her, and my god, I pulled for the two of them through the whole book.

This book is not "erotica," but there are some surprisingly hot scenes in it. Manay is all-inclusive. With characters of different races, species, and sexual orientations, you'll find a pleasant array of relationships, and seriously, her sex scenes are something else, Writerotica readers. Manay's writing is above and beyond so many writers in this genre. I've read Ann Rice (in another lifetime). November Snow is more endearing than Lestat. Manay is the real deal, and she'll be a household name before long.

She knew only one thing after she clawed her way out of the ground: she had to eat. Two sheep and a billy goat gave their lives for November's first meal of her new one. She required no persuasion or instruction, falling upon them instinctively when she'd emerged from the earth, filthy and ravenous. She tore into them, a gleeful savage.

When she was full and they were empty, she knelt next to them, stunned, reaching up a tentative finger to touch the fangs protruding from her bloodstained mouth. The animals had tasted of grass and sunshine and milk. For a few moments, she had lived their bucolic lives, now over. She felt warm, fuzzy with pleasure. Her head spun.

November wasn't quite sure where she was, or even who she was, but then it all came back in a rush.

As she walks among her friends, a sniper's bullet finds her belly. She falls to the dirt as she takes the death meant for another. Ilyn carries her inside, eyes burning. She lies in front of a fireplace, her life bleeding away, but there is no pain on her face. Her friends surround her. She agrees to live to fight another day. He takes her blood and gives her his own. Now there is fear and struggle and rejection, but it is too late, far too late. They watch her die They watch her die because of them.

November returned to the present, the ground solid beneath her knees once again.

For a moment, she wasn't certain if she would laugh or weep. The amazed cackle that escaped between her fingers settled that question. It was only after the glow of feeding had faded that she noticed the pandemonium that had erupted around her.

So Wills the Heart by Corrissa James
My rating: 5 of 5 stars

This is a super-sweet, totally clean romance, except it hints at awesome heat which threatens to curl your hair! With an adventurous heroine and a hunky hero who meet under naked conditions, I expected explicit sex. I was quite surprised at Corrissa James's skill at pulling back and keeping it clean while still threatening to cross the line into Hotsexville.

The story is a fun romance which keeps the reader guessing until the very last minute. Just when you think it's all better, Nathan shows up again to hold up progress. It all makes for a satisfying, well-told story. And James's writing is very slick. No extra fluff. Just clean sentences and a fast-moving story.

View all my reviews

Posted by Unknown at 8:46 PM No comments: