Sexpossessed by Ian Saul Whitcomb
My rating: 5 of 5 stars

What an interesting, fun, sexy book! I had no idea what to expect, but this kind of tale wasn't even on my radar. I was hooked right from the first scene, but at the same time, paranormal stories aren't usually my thing. The characters are wonderful- likeable, complex- a delight to get to know. The plot was unpredictable. From start to finish, I had no idea where it was going or how it would end. Even when they began their journey through the afterlife, I was surprised at every turn.

I'm not usually a fan of the "epic journey," but this one was different. Instead of a battle at each turn, there was fabulously kinky, creative sex.

Such an excellent book. I will be reading more from this author. You should, too. #recommendedbypl

View all my reviews
Posted by Unknown at 9:09 PM No comments:

Almost in the Earth Day

Celebrate Earth Day with a sweet and sexy romance! 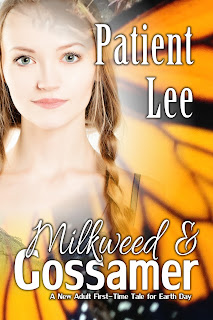 I wrote this story for the 2014 Literotica Earth Day Contest, but this version is new and improved. When I wrote the original story, I shied away from too much romance, preferring to concentrate on the first-time sex with a summer fling. I love these characters, though, and when I thought about making some revisions, I realized that I wanted them to be together and happy.

Even if you read the original version, I believe you'll enjoy this Earth Day tale. For more info, visit my website Patientlee.com.

Now for something completely different.


On Earth Day, 1999, two days after the Columbine Massacre, an angry student threatened to kill me. He was angry, and he had a plan. Because he talked about his plan with other students, he removed from school and sent to juvenile detention for three months. I still associate Earth Day with this incident.

Last month, one of my students stole my iPad in retaliation for working with his mother to keep him from failing his freshman year. He wasn't pleased with the agreement, and thought he'd get back at me by stealing from me. Fortunately, we caught him, and I got my iPad back. He got suspended for three days.

I have invested hours of my time and energy trying to help this student in the last two school years. After confronting him, my comment to a coworker was that I felt like I had been stabbed in the back with an iPad. It was disheartening, but I felt better after I wrote the story.

Just about every, single day at school, I have a moment in which I wonder if my day is about to stop being so typical. 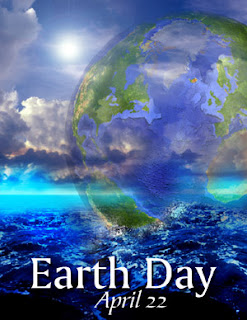 This is a work of fiction. I have no experience with any of the events in this story.


Almost in the Earth Day

I step out of my front door, coffee in hand, laptop case over one shoulder, purse over the other, and realize that the sun is actually up over the trees this morning. Last week I could just see the pink glow that comes right before the big ball of fire pops over the horizon.

What a difference a week makes.

As I get into my Prius, I spill coffee on my denim skirt. The color is dark enough so that most people won't know, but I'm still pissed. I turn on the heater in the car. There is a little morning chill in the air, but I crank it full blast because that's how I dry my hair in the morning. I turn up my hard rock station and sing before I even start to drive.

I pull out of my driveway and hope that the bus hasn't gotten to my street yet. I've been stuck behind the slow, stinky behemoth twice already this week.

Shit. There it is. Why do I always leave so damn late?

I arrive in the parking lot, and I curse out the Escalade parked next to me. As always, its tires are over the line of my space, and I'll have to squeeze out of my car to avoid hitting the Lexus on the other side.

I trot through the parking lot, tripping over my Birkenstock clogs on the curb. My boss is standing outside, greeting students and faculty, and reminding parents for the hundredth time that student drop-off is in the back of the building. He laughs at my stumble before tapping his watch and giving me a stern look.

"If you didn't wear those hippie shoes, you might be on time for work, Mrs. Davenport."

I greet the secretary and sign in. I don't have time to stop at my mailbox, but I vow to check it later. I stop twice to chat with colleagues, but not for long. We're all busy; we all have things to do before the bell rings.

A student stops me in the hallway to ask about a make-up test. I tear a piece off the grocery list in my purse and write her a pass for third period. I remind her that she was supposed to make it up two weeks ago, so she must remember today.

I pass a student that has been in my class for three years. "Nice shirt," I say. It's a Metallica shirt.

"Thanks, Miss Davenport. You have awesome taste in music," he replies.

"I know," I call back to him over my shoulder.

BANG! I jump, not knowing what it is. I look over my shoulder, but I try not to let on that I think something is amiss.

I hear a loud girl's voice telling her boyfriend he's an asshole for dropping a stack of books and scaring the crap out of her.

When I finally reach my classroom, I can't find my keys. There are students lined up at the door, whining about how heavy their books are. I try to hurry. My stuff is getting heavy too.

Aha! I clipped them to my belt loop already.

I put my things in my classroom, pick up my lukewarm coffee, and go stand by my classroom door in the hallway. Usually the teachers across the hall and I chat while we wait for the bell to ring, but Mrs. Costa is absent today. Mrs. Peterson is later than I am this morning, and she's flying in at the last minute. It's casual Friday, and I see that she has taken it to the extreme. Yoga pants. Interesting choice. I'm sure she thinks the same about my Birkenstocks.

I smile and greet my students as they enter the room. Some return my greeting; some merely grumble. It's early. I understand.

The late-bell rings, and I start my get-to-class routine. I make arm gestures like a flight attendant, and rhyme like Dr. Seuss. It doesn't get them to class any faster, but the dickhead who teaches in the classroom next door is a real asshole about it. I've seen him stand with a clipboard, filling out disciplinaries as the kids race down the hallway after the bell rings. I know. Rules are rules, but I pick my battles.

This morning is completely typical. The only deviation from the script has been Mrs. Costa's absence. As I'm about to shut the door, I see Aaron Jackson heading toward my room. He's been absent, but I'm surprised to see him so early in the morning. He doesn't usually get to school until second or third period. He's not a fan of getting up in the morning. Or of school. Or of life in general.

I smile and ask Aaron if he's stopping by to get last night's homework. He looks me in the eye and doesn't speak.

And my day suddenly stops being so typical.

For a moment I feel like I'm giving birth. Like my uterus is being torn in half. But I already had my babies.

Then I see the pain.

It's silver, like stainless steel. It surrounds me, muffling the sounds of teenagers laughing and sneezing and talking and phones buzzing on the desks. A minute ago some girls were jousting verbally, each trying to establish that her seasonal allergies were, by far, the worst. Now I hear the wah-wah-wah of their whining from ten miles away.

The world is melting in silver. I taste it, like I used to taste the metal bar on the baby carriage when my mother would take me for a walk around the block. It quenched my thirst, that cold, silver bar.

I remember ice skating on the puddle in front of our house. It was so cold that year, just like now as I sit on a frozen puddle. The silver glint of my double-runner skates is oozing through my body. I shiver. Why am I sitting on a skating rink in the road?

I look around and see my fourth grade teacher, holding her silver pointer, tapping it on the board as we recite multiplication facts. I'm terrified because I don't know the sevens, and she's about to call on me with that pointer the kind that looks like a pen but telescopes out to be a big long silver stick and it's pointing at me and my bladder lets go and now the frozen puddle is warm.

I hear a scream and another and another and I don't know where I am or why I taste the stainless steel of the metal bar of the baby carriage or why I see silver sequins blowing past me, like icy metallic sleet falling on me stinging my tin foil skin.

My sister is calling me but she died and she's buried and gone and buried in the stainless steel casket so small and sad. Everyone says it's a pity because she was just a baby.

Why am I wrapped in tin foil like leftovers from Easter dinner why so I won't fall apart because I'm melting and my silver insides are leaking to my outsides and the puddle gets colder and deeper and I'm skating with Todd on a pond this time and I love him and he lays me down on a blanket in the snow and takes off my tin foil wrap and slides his smooth silver shaft inside my body and I love him even though I am cold.

And my babies my grls aren't bbies anymore I see slvr rattles and cups and baby earrngs where are their braces why are their brcs mltng dwn thr chns and a silver iPad for each of them on Chrstms mrnng.

"Her eyes are open!"

"Where?" I barely manage to whisper.

"You're in the hospital, Mrs. Davenport. You were attacked by a student at school this morning."

"No. We thought we were losing you at first, but you're going to make it, honey."

"He's right outside. I'll have him hold your wedding ring, OK?"

"Yes, but I'm pretty sure it's platinum."

"No, no. You'll be back in front of your classroom before you know it."

And someone bursts into the room, saying, "Sorry I'm late. I had an Earth Day clean-up at my kids' school."

Almost in the Earth Day.

Posted by Unknown at 6:24 PM No comments: