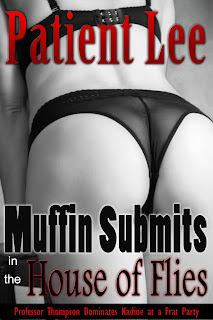 In my last post, I shared a snippet from my newest book, Muffin Submits in the House of Flies.

Here's another excerpt from the protagonist's blog. In this one, Nadine is with Evan, the president of the fraternity, and Professor Nate Thompson is guiding their actions via text. The professor sneaked into the frat party and is lurking in the hallway outside of Evan's room, on the top floor of the "House of Flies."

Nadine came, screaming in ecstasy as her pussy spasmed and heat spread through her pelvis before Nate arrived in the hallway outside Evan’s room. Nate knew which room it was. It had been his, his brother’s, his father’s, his uncle’s, and his grandfather’s too. The Phi Lambda Upsilon presidency was a long-standing tradition in his family. Nate slipped to the dark corner of the hallway and parked himself there for a moment. He needed to excuse Evan, but he didn’t want to leave the poor kid with blue balls.
Did you come yet, Muffin? he asked.
Yes, Sir. I just came so hard. Twice. Trying to catch breath. OMG.
Tell Evan to lie on his back. You kneel between his legs and suck him off. Tell him he has five minutes to come. If he doesn’t, he will leave unsatisfied. Nate gave her a moment to explain it to Evan. I’m setting a timer. Go.
Nadine didn’t waste time replying. She brought to mind the best blowjob scene she’d ever written—Jasmine and Sultan Jafar—and recreated it for Evan.
Jafar lay on the king’s bed, robes hiked up, the parrot narrating the action. Jasmine took the freakishly large cock to the back of her mouth, gagging before pulling off and teasing the head with her tongue. She looked into his eyes as Iago the parrot squawked, “Suck that cock, princess. You’re Jafar’s whore now.”
“Yes, Master,” she said, sucking in a fast rhythm, taking him deeper and deeper, her ample tits falling out of her sea-green harem top. Wrapping her hands around his balls, she manhandled them, making her sultan moan. She grinned and took it up a notch, running her teeth gently along his length.
“Oh, you cheeky little bitch,” Jafar snarled. “You know me so well. Yes, princess. Use your teeth.”
Evan groaned when Nadine’s teeth nipped at his shaft. “Oh, baby. That’s it. You are the best cocksucker. The fucking best.”
Jasmine opened wide and extended her tongue, prepared to take Jafar into her throat. His hips bucked to meet her mouth as her taste buds caressed his raging erection. He laced his fingers through her hair and pushed on her head, slamming her mouth down to his groin. “Take it, bitch,” squawked Iago from his perch on Jafar’s shoulder. “Take it like the fucking whore you are.”
Nate watched the timer, listening to the moaning and grunting and the smacking sound of the sloppy blowjob on the other side of the door. Nate heard Evan’s desperation to come from his position in the hallway, and just before the time ran out, there was silence.
Evan’s orgasm racked his body so hard, he went rigid, frozen with his hips locked against Nadine’s face. Nadine stayed with him, enduring the assault on her throat while she waited for the rush of cum. After what felt like an eternity to Nadine, Evan’s body relaxed, a loud, rhythmic grunt escaped his throat, and blast after blast of his cum coated her tongue.
The phone buzzed. Excellent job, Muffin. Tell Evan to take a picture of your face. She handed the phone to Evan. The next message was for him. Blindfold her. Use whatever you can find, but make sure she can’t see. Nate’s cock was uncomfortably hard, throbbing with insistence. Professor Thompson’s time had come.


To continue reading, please purchase the book on Amazon or on All Romance. Thanks for your support, and don't forget to leave reviews. They help indie authors. 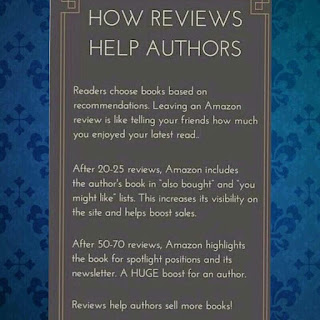