Mamma Mia! It's Been Months!

I've Been Out of Touch for Awhile

I know. It's been awhile, but I've been busy. Actually writing for a change, which is nice. I'm participating in Camp NaNoWriMo. I'm working on two different projects, a children's novel (which is so much harder than I thought) and a smutty adult novel, the first installment of The Pious Hotwives' Club.

Pious hotwives? Yep. Our Catholic housewives read some smutty books in their book club and experiment with swinging. It will probably end up as ridiculous as it sounds, but the sex is wicked hot. As of today, I'm a couple thousand words short of my 50,000 words in July goal, but my kids have hockey camp next week, so I'm counting on having writing time then.

Mamma Mia! (Spoilers, but the movie had few surprises anyway. The trailers were quite thorough.)

The movie was fun. The music made me dance in my seat and mouth every word. There are some seriously good looking men and women to delight the eyes. I truly loved it, but there were some head-scratch moments, too. Not as strange as in Pitch Perfect 3, but still worth mention for the sake of discussion.

One of the best things about this sequel was the casting. Not only were the younger versions of the main characters believable, it took me half the movie to be sure Christine Baransky wasn't playing the role of her younger self herself!
The casting for the young men was just as good. Young Sam (Jeremy Irvine) sang about as *ahem* well as Pierce Brosnan, and the other two nailed the personalities of the original actors. Not only did the good choices of actors keep me loving every minute of the movie, I wasn't distracted by comparing the young to old, which I expected.

The plot was so-so, which wasn't surprising. I didn't really understand why Meryl Streep's character had to be dead. I wondered if she had a falling out with the people in charge because I didn't know she would make an appearance at the end. It seemed to me as if the inspiration for the movie was the absolutely spectacular ending (which I cried all the way through), and the writers thought it would be a stronger emotional tug if Donna were dead.

The basic story is that Sophie renovates the hotel from the shambles we saw in the first movie in honor of her deceased mother. She plans a huge party for celebrities and the press, with the help of a new character, Fernando Cienfuegos, played by Andy Garcia. I wondered what his real role in the story was until Cher showed up.

And while I'm on the topic of Cher, the trailers spoiled what should have been the biggest, funnest surprise of the whole movie. The reaction I had when I saw her in the commercial should have happened in the movie theater. I would have jumped up and clapped.

There are other weird things and story lines that bugged me a little. Rosie and Bill should have showed up together, married and in love. Their break-up between movies didn't create tension or add to the enjoyment of the story. Their reunion wasn't special enough to make up my disappointment that they didn't stay together. (I also wanted Harry to be married. Or at least dance with the Greek customs officer at the party. Harry is one of my favorite characters, both the original and the young version, trying to be spontaneous. Colin Firth is excellent, and so is Hugh Skinner.)

Another tense relationship I didn't care for was Sophie and Sky. I would have been happier if he just wasn't sure he'd make it for the party. There would have been enough tension for a musical without the downer of Sky being kind of a jerk.

The women in this movie can sing, that's for sure. I couldn't get enough of any of them. Lily James, Meryl Streep, Amanda Seyfried, and Cher were absolutely spectacular, and I wanted to be listening to the soundtrack on the way home. The men weren't as good overall, but they looked good, and that was enough for me.

I don't know whether I was surprised that they reused so many of the songs or if I was just pleased that they did. The movie wouldn't have hit the mark for me without Mamma Mia, Dancing Queen, Super Trouper (the performance at the end). I did miss Take a Chance on Me as much as I missed Fernando in the first movie, but they couldn't repeat the whole thing, I guess.

The background music was wonderful, weaving in so many ABBA songs in this movie and the first. I LOVED that they had a soft rendition of Slipping Through My Fingers while they approached the church for the baptism.

And oh. That baptism. Masterfully put together duet for Sophie and Donna (with Young Donna kicking it off), weaving back and forth in time from Young Donna to Ghost Donna. I wasn't familiar with the song beforehand (My Love, My Life), but it was so beautiful and so touching. My sweatshirt sleeve was drenched with tears. Even if the rest of the movie was terrible (which it was NOT), it would be worth it for this scene.

I'm giving this one 4.5 out of 5 whatevers. I think I was using candy canes as my rating system. LOL. The -.5 is for the plot and the attempts at tension which I didn't like. Everything else was delightful, and I will probably see this one fifteen times. 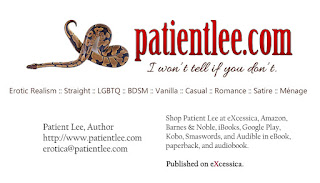 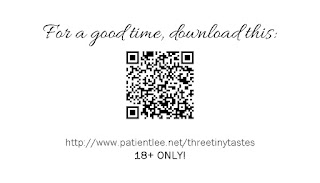