I like to write dreams. Mine are vivid and complex, even though they don't always make sense.

I dream about snakes all the time. Snakes in cages, snakes in baskets, snakes under the couch. Friendly snakes, snakes on the attack, dead snakes. All kinds of snakes. 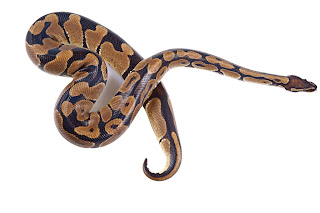 One summer my family took home the corn snake from the biology class next door. (The same teacher who inspired Mrs. Maitland's SAD Valentine with her idea to mate her pythons for Valentine's Day. Her female snake wasn't a healthy weight for breeding, so she had to scrap her plan, but for Mrs. Maitland, it went much more smoothly.) I enjoyed our temporary pet until the night I dreamt that I sautéed him. I cut him in three and cooked him in garlic and butter. Ralph Scampi, I guess.

After that dream, I was terrified of him. As if he knew I'd had a wicked plan for him.

While others dreamt of roses and lovers and sex on that Valentine’s Night, Brad dreamt of snakes and dead things in jars.


In his dream, he stood in Mrs. Maitland’s classroom, staring at the Jars of Dead Things. The lights weren’t on, and the sun had dropped below the horizon, but the last vestiges of daylight allowed him to see the contents of the glass-paneled cabinet. As he looked from jar to jar, he felt the familiar mix of revulsion and shame he knew so well when he was in high school.


Just like he always had, he started at the bottom shelf, looking at the tapeworms and the starfish and the other faceless creatures, swimming in formaldehyde ponds. The second shelf held the kinds of creepy-crawlies you wouldn’t want to see up close, but were fascinating from the safety of a tightly closed jar—a hornet, a scorpion, a brown recluse spider.


Movement on the third shelf caught his eye. Before he could even lift his gaze, the snake’s head hit the glass with a single knock. Brad tried to jump back, but his shoes were bolted to the floor. The snake was thin and about three feet long. He didn’t know what kind it was, but it wasn’t one of Mrs. Maitland’s pythons. It disappeared behind the jars.


Brad turned his head to look over his shoulder, which he wouldn’t have risked during biology class. The room was three times its usual length, and even in the dream, he was overwhelmed by the amount of cleaning it would require. The desks stretched in long, crooked rows which would take half his night to straighten.


Mrs. Maitland’s animal cages had been replaced by tall stacks of papers on every available surface. Her posters and skeletons and drawings and photographs had disappeared. The walls were bare except for the Emergency Eye Wash instruction poster and the fire exit sign.


“Look at the Jars of Dead Things, Bradley,” he heard behind him. “Maybe they’ll remind you to come to class prepared.”


Mr. Morgan? He retired last year. What the fuck was he doing here?


A projection screen the size of the front wall had been pulled down in front of the chalkboard, and Brad’s stomach lurched when he smelled the almost-but-not-quite banana scent of dry erase marker. His palms were sweating as he searched his pockets for a pencil. He was falling behind, and he hadn’t even taken out his notebook yet. Mr. Morgan was about to erase the screen and fill it with another page of nonsense words, and he hadn’t found anything to write with.


Third shelf. Animals with faces. He hated the third shelf.


He felt the second snake slithering across his ankles before he saw it. The hairs on the back of his neck stood on end, and he remained frozen in place. After circling his shoes twice, it slithered toward the teacher’s desk. This one was much longer, maybe five or six feet. Brad wondered if it was poisonous. It wasn’t a python, but he had no idea what it was.


And then his eyes rested on the fetal pig. His stomach lurched as it always did. So tiny. Its features frozen forever. So sad. Shame and revulsion. If he could just be prepared for class, he wouldn’t have to look at this poor little piggy.


Another snake dropped from the ceiling, dangling right in front of him. This one was yellow with huge fangs that dripped venom.


He was suddenly aware of the scent of liquor and breath spray.


He tried to take a step only to find that his feet weren’t bolted to the floor. They stuck to the floor, held tight by some kind of adhesive. He could bring his foot up a couple of inches from the floor, but the glue immediately pulled it back to the ground, like in a cartoon.


A drop of poison fell from the snake’s mouth, landing on the tip of his nose. Brad tried to scream, but no sound came out.


As he looked up at the monster hanging before him, snakes of all sizes and markings came out of the room’s cracks and crevices. They came from every direction, all converging on Brad. Their long bodies knocked over the piles of photocopies, scattering the papers to the floor in the slow motion only seen in nightmares. It would take all night to clean this room.


And he still couldn’t find his pencil.


The snake from the ceiling stretched toward him; its head touched his skin right below his ear. Again he tried to scream. He felt the snake’s scales on the back of his neck as it moved across him. It was still attached to the ceiling, and it seemed to get longer and longer.


He felt it brush his other ear, and then he heard it speak. “Look at the Jarsss of Dead Thingsss, Bradley,” it hissed in his ear.


His bladder let go, and he woke up.


Now he could scream.
Posted by Unknown at 9:23 PM